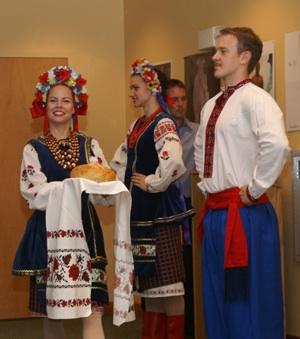 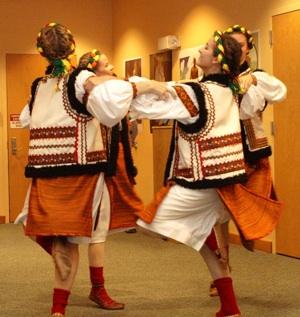 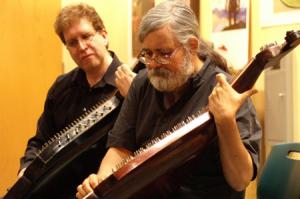 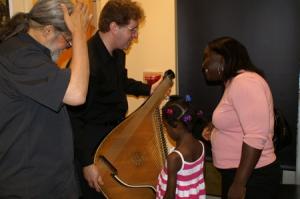 On August 17, 2011, the UkrHEC celebrated the 20th anniversary of Ukrainian Independence a week early at the Franklin Township Public Library. This event was part of an ongoing series of Wednesday evening programs that showcase the performing arts of various ethnic communities in Somerset, NJ. The Ukrainian Historical and Educational Center was proud to co-sponsor and help organize this performance, which included dancers from the Iskra dance ensemble of Whippany, NJ, and bandurists Michael Andrec and special surprise guest Julian Kytasty.

The Iskra dancers took the filled-to-capacity audience on a whirlwind tour of Ukraine through dance and costume, including the regions of Poltava, Volyn', Bukovyna, Zakarpattia, and Hutsul'shchyna. Iskra's director Andrij Cybyk explained not only the dances and their characteristics, but also the colors and forms of the costumes in relation to the features of life in those regions in question.

In the musical portion of the program, Mike Andrec and guest bandurist Julian Kytasty tickled all 100+ strings on their banduras playing traditional marches, songs, dumy (epic songs) and dance tunes. The very diverse and mostly non-Ukrainian audience loved the show, and asked many insightful questions in the question-and-answer session following the program.