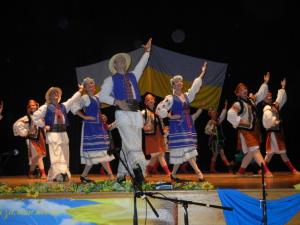 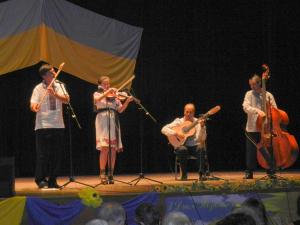 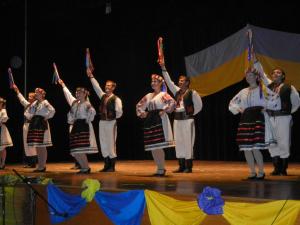 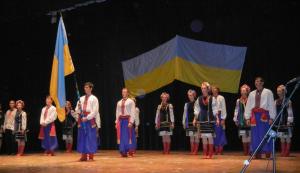 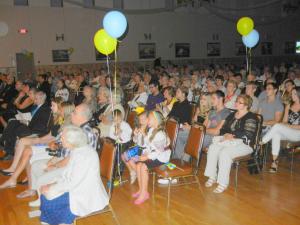 On August 24, 2012, the Ukrainian Historical and Educational Center celebrated Ukrainian Independence Day with a festive concert of music and dance for a diverse 200+ person audience, which included non-Ukrainians and Ukrainian-Americans of the new and old immigrations.

The music was provided by the Washington, DC-based ensemble "Gerdan", lead by classical and folk flute virtuoso Andrei Pidkivka and violinist Solomia Gorokhivsky. Together with guitarist Richard Miller and bassist Branislav Brinyarskyy, they presented traditional music from Ukraine and surrounding countries played in an eclectic, cross-cultural style. In addition to traditional music from the Carpathians, their two sets included pieces as diverse as their own re-arrangement of a folk song arrangement by contemporary Ukrainian composer Myroslav Skoryk, and a setting of the classic "Hutsulka Ksenia" done in a Bossa Nova style (complete with a verse in Portuguese sung by guitarist Richard Miller, who is half-Brazilian).

The ensemble "Iskra" of Whippany, NJ provided the dance fireworks. Starting with a "Pryvit" (Greeting Dance) that covered virtually the entire spectrum of Ukrainian regional dance styles, through the Hopak grand finale, they did not disappoint. Directed by dancer and choreographer Andrij Cybyk, the troupe combined folk dance with ballet and character dance in numbers that went well beyond the typical Ukrainian dance ensemble staples, ranging from humorous depictions of village gossips to the melding of social folk dancing from the Volyn' region with swing dance acrobatics.