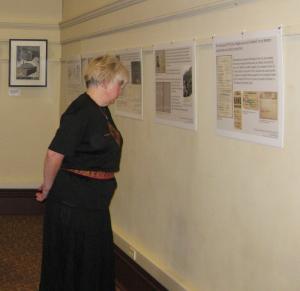 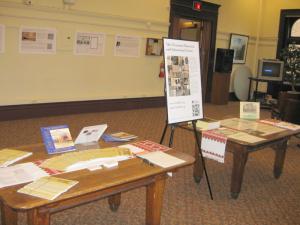 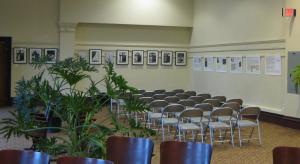 On Saturday, October 27, the UkrHEC presented an exhibit of archival materials and art work related Ukrainian immigration and the Holodomor at the Carnegie Free Library and Music Hall in Carnegie, PA ("The Carnegie Carnegie"). The exhibit was organized in conjunction with the premier of "Generations", a new work by the Kyiv Ukrainian Dance Ensemble portraying the passing down of historical memory.

The immigration presentations included two stories told using archival materials in the UkrHEC collections. The first tells the tale of the Ukrainian National Chorus in the US, and how they brought with them the now-famous "Carol of the Bells". The other presents the compelling story of Oleksii Balabas, who was exiled from his native land at the age of 29 and spend the rest of his life as a refugee in Prague, Germany, and the United States.

Also on display were a selection of linocuts from the series "Ukraine 1933: A Cookbook", in which the contemporary Ukrainian artist Mykola Bondarenko presented "recipes" of some of the weeds, trees, animals and insects that survivors of the Holodomor ate in order to survive.

The exhibit remains up through Thanksgiving.

View coverage of the exhibit in the local newspaper.